One situation I ran into when I migrated 1keydata.com to HTTPS with HTTP2 enabled was that I had an issue with the page load speed testing tools WebPageTest and GTMetrix. On both tools, https://www.1keydata.com/ failed to load, yet when I visit the site using a browser, the website loaded up fine. This is the first time I have seen a difference in behavior between these types of testing tools and a browser. Given the highly unusual nature of this difference, I decided to look into the issue further. Below is what the test result page on WebPageTest looked like: 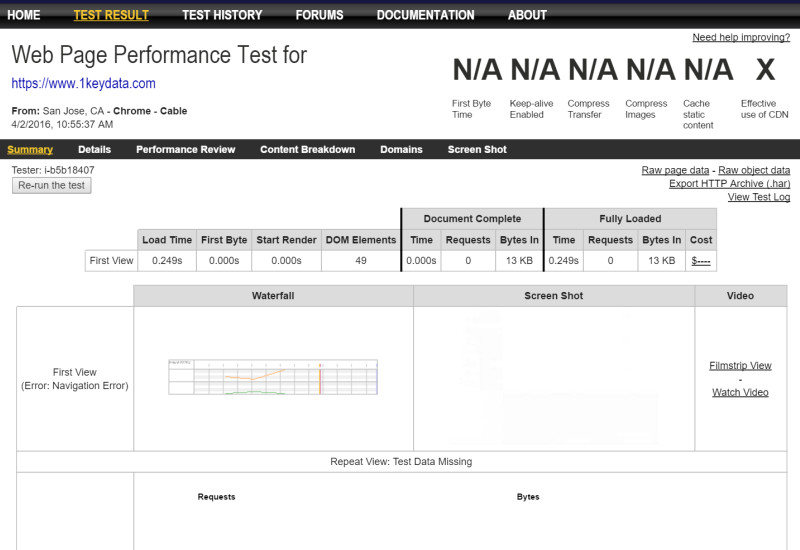 On the other hand, when I switch the user agent on WebPageTest to IE, the page test loaded fine. Also, it’s worth noting that the site itself renders fine in a browser. The only thing that appears strange was that sometimes at the beginning of a page load, I would see a screen showing up temporarily before the actual page loads on Chrome. In all cases, though, the web page proceeded to load correctly, so initially I didn’t think much of this issue. During the course of my investigation, though, I decided to look into this as it may be related to the issue I was seeing. Using a screen video capture software, I was able to capture what that temporary page looks like: 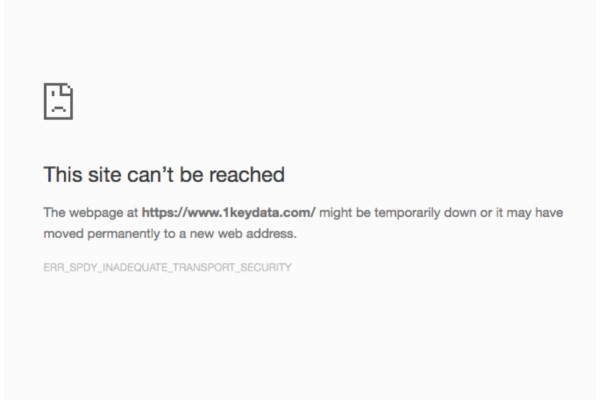 The error message that showed up was ERR_SPDY_INADEQUATE_TRANSPORT_SECURITY.

It turned out that the issue was with the SSL Cipher Suite that was set up on the server. Below is part of the screenshot from the SSLTest result for https://www.1keydata.com/: 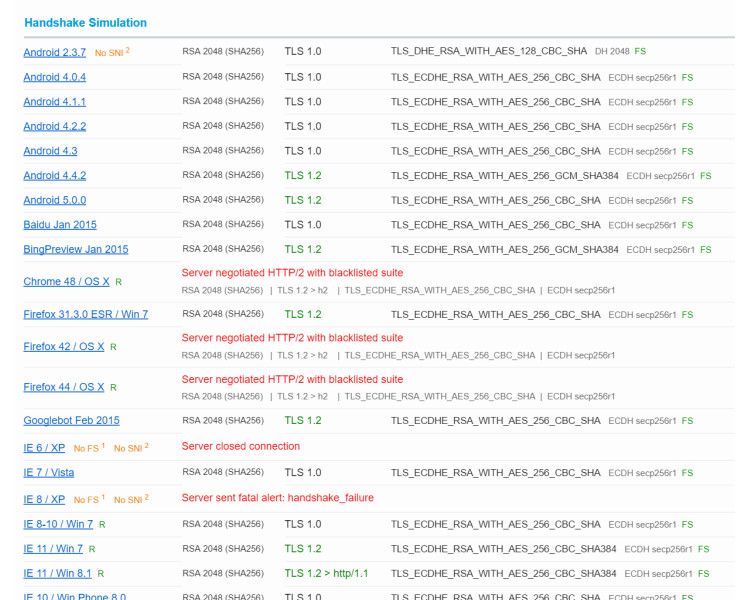 Notice the “Server negotiated HTTP/2 with blacklisted suite” message. The specific SSL Cipher Suite that was causing the issue was also listed: “TLS_ECDHE_RSA_WITH_AES_256_CBC_SHA.”

and insert “ECDHE-RSA-AES128-GCM-SHA256:” right in front of your SSLCipherSuite directive:

After this, restart your Apache server:

And now everything should be okay. Tests run on both WebPageTest and GTMetrix should complete without any problems. The temporary page with the ERR_SPDY_INADEQUATE_TRANSPORT_SECURITY error message should no longer exist.

TopCat's professional background is data warehousing, and he is currently heavily involved in the Internet industry. TopCat is also a big sports and a Japanese animation fan.